Tom Sawyer Days originated in 1956 with the fence painting competition, sponsored by the Hannibal Jaycees. The original event took place in May and was an out-growth of a tour of 1200 St. Louis children sponsored by KETC-TV. In 1964 the fence painting contest was expanded when each of the 10 states bordering the Mississippi River were invited to send a contestant.  The fence painting contest is the core event of National Tom Sawyer Days and includes several days of events. Those events include a Local contest for those from Hannibal, a State contest and then the final contest that closes out the event is the ever exciting National contest where the winner from the local and state contests compete against those from all over the US.  Fence Painting was always open to boys ages 10-13 but the Hannibal Jaycees decided to expand the event and now host a Pee Wee contest for ages 5-9 and a Girls contest for ages 10-13.  Both these events have become very popular!  The Real Milk Paint Company out of Hohenwald, TN graciously donates all the white wash paint that the boys and girls slap on the fences.  The Hannibal Jaycees also thank the organization 2×4’s for Hope that built all the fences used in the contest. 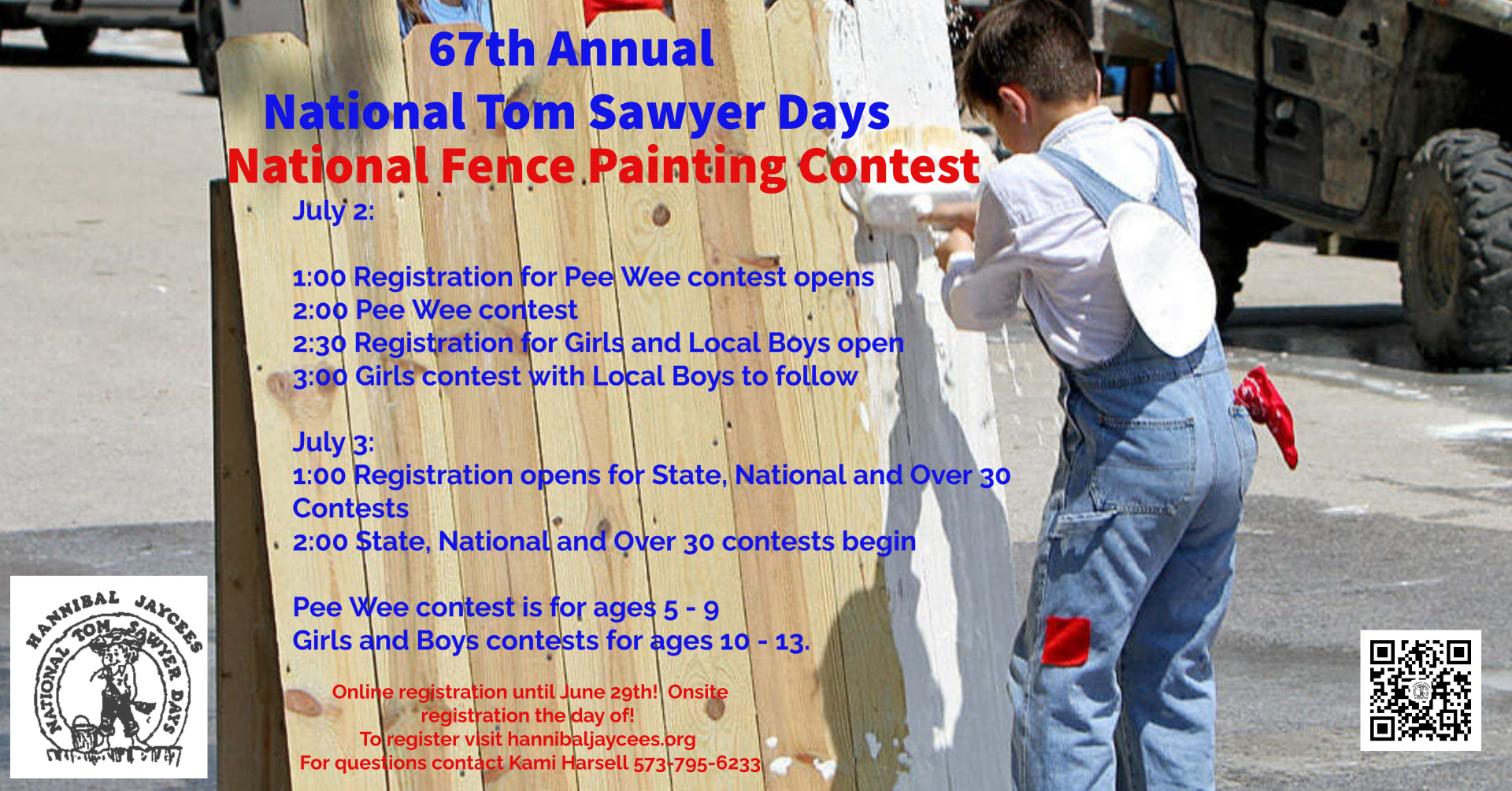 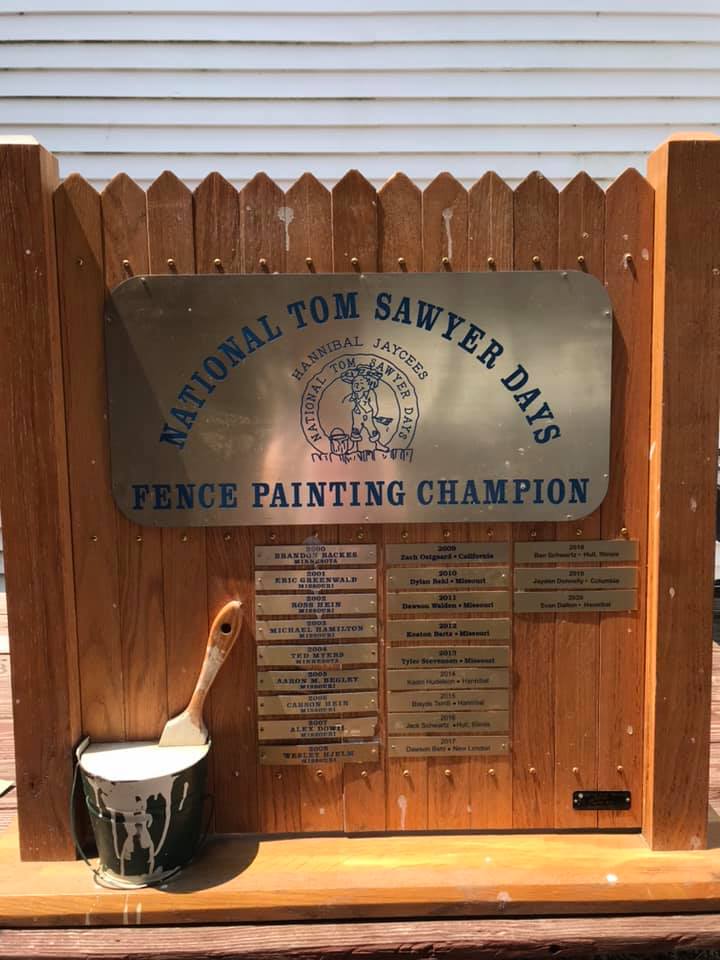